Westmanstown Golf Club is a bye-word for development that has never stood still for very long, and is constantly evolving and growing. The Golf Club was founded in 1988 as a golf club for members of An Garda Siochana. The establishment of the golf club sprung from the purchase of lands at Westmanstown in the mid and late 1980s by the Dublin Metropolitan Garda Recreation Club which had ambitious plans to expand its recreational and sporting facilities for its members.

In the intervening years the golf club has continued to expand, prosper and adapt to changing circumstances. A significant change in 2016 was the incorporation of its civilian membership into full participation in its governance. Westmanstown golf club is now an important piece of sports infrastructure within the Dublin 15 community.

The Director of Golf is Edward Doyle, assisted by Golf Professional Bernard Fitzgerald and Office Administrator Rhonda Treacher who are always on hand to have a chat and provide advice. The Club’s ethos is built on the foundations of camaraderie, sportsmanship and community, which with the continued commitment and dedication of all will continue to thrive at the Club into the future.

The name, “Westmanstown” is first mentioned in records in 1821. It is believed to be a corruption of the name “Waspayle”, a Norman family who were recorded in the area in the 16th century. The Kestrel, which can be easily identified on the Westmanstown symbol, is a member of the falcon family. It is readily identified hovering as though suspended for an invisible line. The male is beautifully marked with a blue-grey and white tip, and red-brown upper parts, spotted with black. These birds are evident around the grounds of the club. 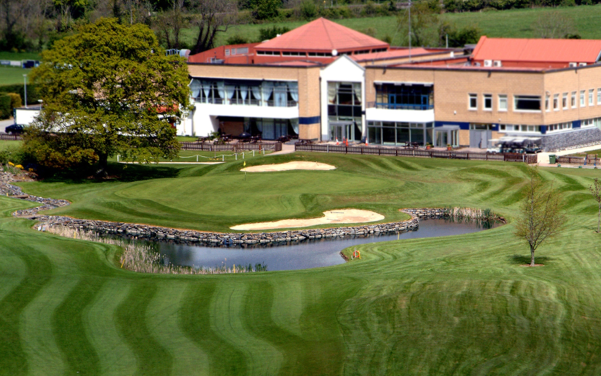 The course was designed by the respected Irish golf course architect Eddie Hackett, designer of many courses across Ireland. Hackett designs are often met with great admiration and this parkland course, which is relatively flat, is no different. It has many interesting and challenging golf holes, not least the water features on the 6th 10th 11th 16th 17th and 18th holes.

In 1988, on just 54 acres, a 9-hole golf course was developed. By 1991 an additional 47 acres of land was purchased and the 18-hole course was specified and constructed to USGA Standards stretching the course to its current distance of 6,443 yards. Between 2002 and 2004 an extensive drainage programme was undertaken which allows golf to be played all year round. Over the years, further enhancements to tee boxes, bunkers and water features have been comprehensively developed and redesigned, the most recent addition being the development of the 17th green and surrounds in 2019. 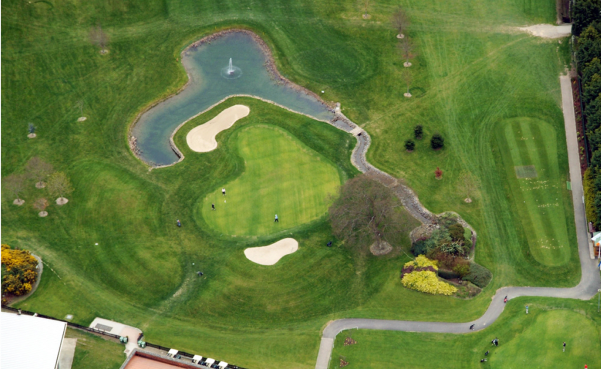 The golf course is only as good as its guardians, and we have had two of the most qualified Golf Course Superintendents in the industry’s history. In the early years, Gerry Byrne governed the golf course. Gerry went on to manage the course at Luttrellstown Golf Club and the K Club, the latter where he hosted the Ryder Cup. Gerry was followed by Michael Mc Feely, who was the Irish representative on the Federation of European Golf Greenkeepers (F.E.G.G.A) Board for many years, and was President of the Golf Course Superintendents Association of Ireland from 2015 to 2019.

The golf club, as we know it today, is indebted to the efforts of numerous dedicated members past and present, who gave unselfishly of their time over the years. Successive Captains and Committee Members worked with great commitment to build up and improve the club facilities.